All Roads Lead to the Karoo: An Alternative Route to Sutherland 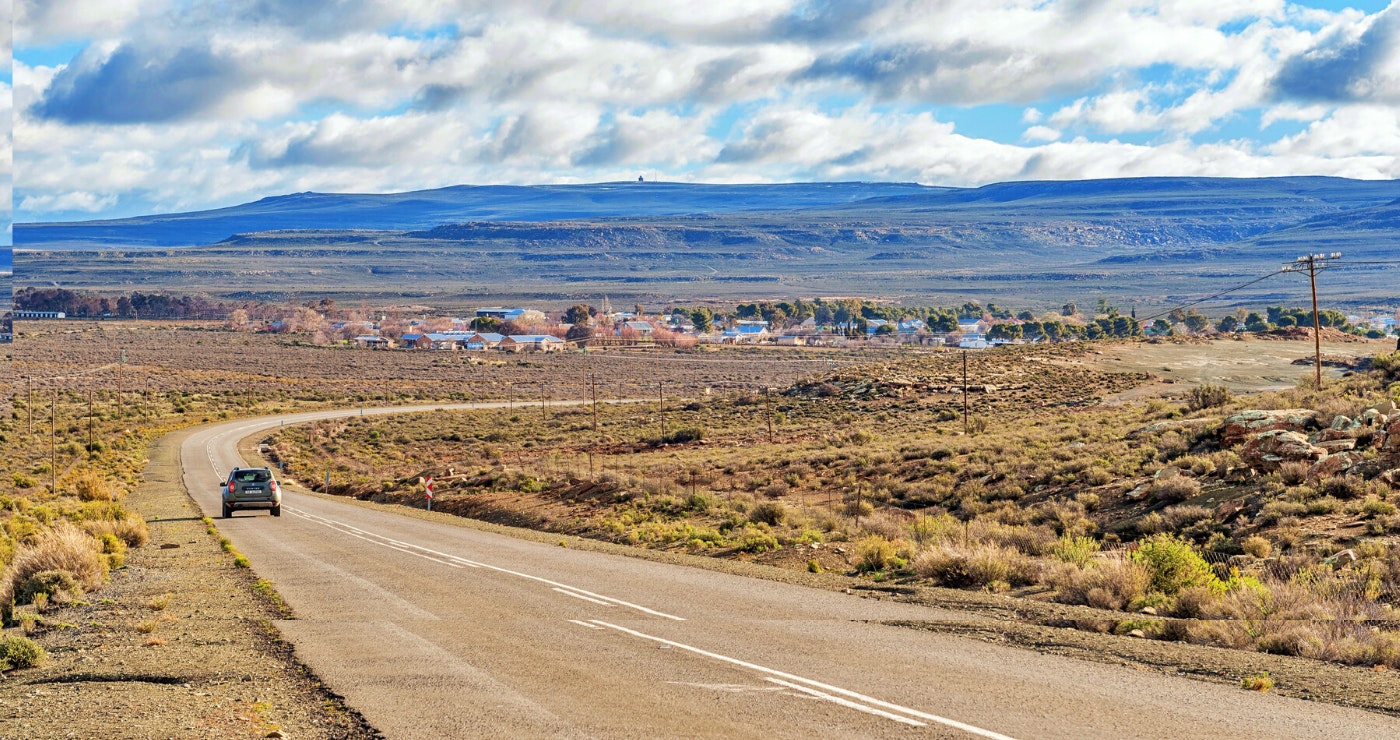 Living in a city that never seems to sleep, we tend to take the route of least resistance to our destinations, ignoring everything in our wake. But due to unforeseen circumstances on a sultry Friday morning near De Doorns, Schalk and I had to amend our perfectly-planned trip to avoid the N1 ─ something that’s very difficult for someone like me who plans everything to a T. Our destination? The vast old Karoo, or more specifically, Sutherland!

As we drove through Wellington, I recalled my previous visit to this Boland town in March of this year. The tasty lamb shanks, lemon meringue cake and refreshing white wine at Dunstone Wine Estate, as well as the tour of the Wellington Museum stood out on that day, even though the weather didn’t play along. But this time the rain didn’t hamper us as we marvelled at the view from Bain’s Kloof Pass.

At 09:00 we arrived at Hillbilly Farmstall between Wellington and Ceres just as they were opening. Having been up since 05:30 to ensure we packed everything for our weekend trip, I was in dire need of a cup of coffee and Hillbilly didn’t disappoint. This farmstall is ideal for a quick stop and even has a kids’ play area with swings. The small shop sells all the essential road trip treats and we bought some droëwors and Smarties for the road ahead.

We passed through Ceres, renowned for its fairytale-like wedding venues, such as Kaleo Guest Farm, and the snow-covered Skurweberg and Matroosberg peaks during winter. Touws River was also en route and by now the droëwors and fuel tank were running low and we quickly filled up to ensure we reach our destination.

A few hours later we arrived at Matjiesfontein where we really felt like tourists! This railway town needs no introduction as it’s the gateway to the Northern Cape and a must see for any traveller. We stretched our legs and indulged in something sweet at The Coffee Shop ─ the Lord Milner Hotel’s eatery. We took a stroll along the famous train tracks and a local gave us a quick tour to show us the ‘ghost’ of Matjiesfontein. Remember to take a selfie at the designated Matjiesfontein signpost with the showy hotel in the background.

From here we took the R354, crossing the border to the Northern Cape en route to Sutherland. There might be a number of popular pit stops along this route, but we only had one in mind ─ Tjol se Gat. This small tavern is run by its namesake, Tjol, who bought the old toll house and converted it into a pub. At first he didn’t have a liquor licence and patrons had to pay membership fees in exchange for a cold one. But for the past eighteen months Tjol se Gat has been fully licenced and even sells boerewors for those who want to stay a while. His German shepherd, Koffie, laid at my feet at peace with the world as Tjol told us about the bikers and tour groups who frequent his oasis.

With a new appreciation for our luxury-filled lives in the city, we waved Tjol goodbye and a short while later, we reached our much-anticipated destination ─ Sutherland! We met our friendly hosts, Jurg and Rita, at Sterland and Jurg showed us to our weekend accommodation, Skrywershuisie ─ named in memory of the poet brothers, NP van Wyk Louw and WEG Louw, who grew up in this Karoo village. Our jam-packed weekend in Sutherland included a visit to the local planetarium, a tour of the Dutch Reformed Church with its rich history dating back to the late 1800s, and a hike along Lovers’ Lane on our hosts’ guest farm, Middelfontein.

We also popped into the local ‘mall’ and a few assorted shops as we explored the dusty gravel streets of Sutherland. The food was out of this world as we were wined and dined with traditional Karoo lamb at Ou Meule, a burger and chips at The Whitehouse Inn and home-made pizza at The Blue Moon, where we met a couple of German tourists on a six-month tour of South Africa.

But the highlight of our weekend was definitely the stargazing experience with Jurg at Sterland as he took us on an enticing journey of the Milkyway, which included views of Venus, Jupiter and Saturn, as well as the Southern Cross and Scorpion constellations. We were truly in awe as we got a close-up glimpse of the moon’s craters ─ and no, it’s not made of cheese!

We bid Sutherland and our new friends farewell and couldn’t stop talking about all we experienced as we hit the road back home. Soon the endless farmlands with its woolly sheep and distant windmills made way for the greenery of the Hex River Valley and we were back on familiar territory.

We planned for a late lunch in Villiersdorp, but as we drove through this sleepy town around 14:30, all the restaurants were closed and we had to fight off the hunger as we ascended the Franschhoek Pass. Just as we stopped at the top of the pass to take in the view, and a photo of course, the Germans we met earlier that weekend also arrived, resulting in some light-hearted banter as to how our paths crossed throughout the weekend.

In Franschhoek we could pick and choose among wine farms, coffee shops and gourmet restaurants, and decided to have a light lunch of calamari and salad at Café Roca’s The Yard ─ a tranquil setting with a running fountain and soft, classical music playing in the background that almost made us believe we were at a street café in Italy!

Safely back home in Stellenbosch, I pondered over the past weekend and how the forced change in itinerary enriched our experience. The lesson? Although the destination might be remarkable, it’s more often than not the journey that makes for the most significant memories!

Want to get a hold of our content team? Then email us at content@travelground.com

Find us on Social Media

Your browser is out of date!

Update your browser to view this website correctly. Update my browser now